0 Why You Do Not Need Apple iPhone Six Plus 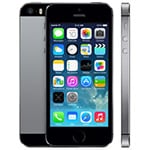 Apple iPhone six plus is a stark departure from what Apple always emphasized upon, which is a creating phones that are easy to hold and operate with one hand. The market trend of larger sized handsets and android dominance in that space forced Apple to change its mind. Apple has been a leader in technological innovation, but with the latest iteration of iPhones, Apple seems to be catching up with the competition rather than setting up benchmarks for others to follow.

However, what Apple continues to maintain is the impeccable hardware quality and seamless software experience along with the premium positioning in the minds of the people. Die-hard Apple fans will be willing to offer several reasons to upgrade to the latest iPhone 6 plus, however, we decided to play the devil’s advocate to give you 5 good reasons to not upgrade to iPhone 6 plus.

None of the iPhone 6 plus features is exciting or trendsetting. In fact, Apple seems to be playing catch-up. While most high-end phones are moving to QHD resolution, iPhone 6 plus with 1080p resolution is nothing exciting. A pixel density of 401 is not bad, but there are many phones in the market that offer much better screens at a much lower price. With bigger screen, Apple should have gone ahead with a QHD screen to maintain better pixel density. The processing capabilities of iPhone 6 plus are more than sufficient for the optimized software it offers, but it doesn’t set any benchmark in terms of its processing prowess. The 1.4 GHz dual-core CPU just doesn’t have the kind of punch some of the android phones are carrying and this difference will show in more CPU intensive future apps.

Also, the fact that iPhone 6 plus only comes with a 1GB RAM, hardware bottlenecks will be evident sooner than later as far as demanding apps will be concerned. The hardware also lacks Cat 6 LTE support when it comes to wireless data speed. With Cat 4, iPhone 6 plus can only achieve 150 Mbps speed as compared to 300 Mbps by some of the android flagship models.

Too Big for Comfort

iPhone 6 plus is too big for comfort as far as smartphones go. 5.5-inch screen real estate is probably over stretch for an existing Apple user who is used to screen size closer to 4-inches. With iPhone 6 plus size, Apple is almost entering the territory of iPads in terms of screen size. Rather than buying an expensive iPhone 6 plus, users may feel like buying an iPad or renting an iPad instead.

iPhones have always been expensive and iPhone 6 plus now becomes the most expensive iPhone ever to be launched by Apple till date. iPhone 6 plus comes with a price tag of $299 with contract for 16GB version and costs a whopping $499 for 128GB version with contract. Without contract, the iPhone 6 plus is priced between $749 and $949 for different storage options. iPhone 6 plus is not only expensive, it doesn’t even offer the class leading hardware for that price. This clearly makes it anything but a value for money proposition.

Considering the kind of purchase price these phones have, enthusiasts who want to explore the phone for some time would be better off with trying out iPhone rentals option as well. Just like iPad rentals, iPhone rentals make sense for these expensive models when you want to explore a product before buying or when your upgrade cycle is too frequent when it comes to phones. Camera The camera of iPhone 6 plus is good, but it doesn’t really add any excitement in terms of features that other flagship phones are providing. Optical image stabilization is being introduced in iPhone 6 plus, which however is being offered by several other competitors at much lower price. The secondary camera or the front facing camera is also underwhelming at 1.2 MP, which is a shame considering all android flagship models have provided excellent cameras for selfie lovers.

Apple failed to deliver any significant feature that is already not existent in android phones. Something like NFC has been around for ages and for iPhone 6 plus to highlight that as a hot feature is not helping the matters. Some of the android flagship phones are featuring innovations such as waterproof and dust proof design, which are absent in iPhone 6 plus.

For all Apple fans, iPhone 6 plus is an alternate if you always dreamt of a phablet with an iOS platform. However, given the price of iPhone 6 plus and lack of innovations, it is much better to look elsewhere. In fact, if someone wants to stick to iOS ecosystem, upgrading to iPhone 6 may make more sense as it offers better value for money and iPhone 6 plus.